Rewind to 1997 when the reality of moving to Houston to work as a geologist began to sink in, Mic andMolley Heynekamp realized the key to living a mountain lifestyle was to transform their home brewing hobby into a business and in 1999 they found the open door that led them to launch Socorro Springs Brewing Co. During the next several years as Socorro Springs thrived and grew, Mic pursued an airline career before realizing being home and raising a family was more important and that it was time to find the path to the mountains and rivers of Colorado. In 2004 Socorro Springs Expanded to its current facility including a new 10 bbl brewhouse and 6,000 sqft restaurant. They didn’t stop there and in 2008, they decided that Buena Vista was the key to their dreams and began investigating the possibilities. 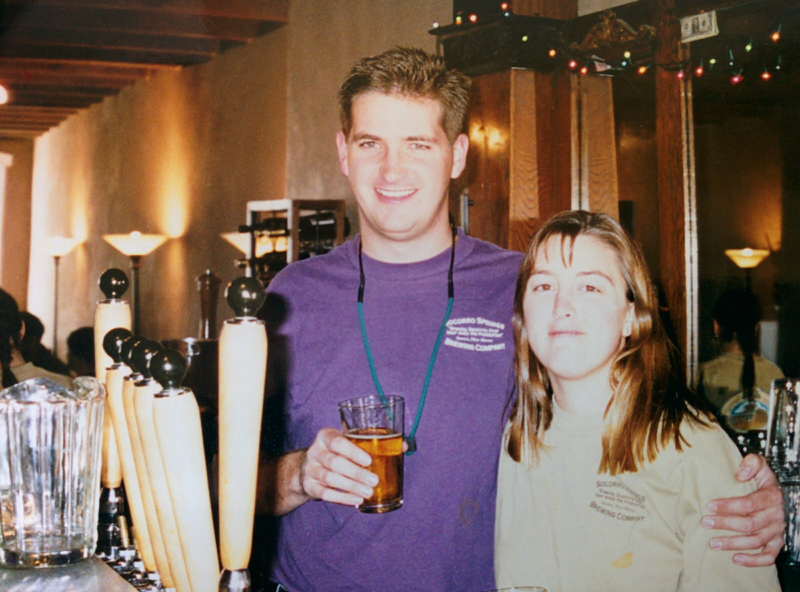 During the decade that transpired from when there were just a few dozen Colorado microbreweries to when they decided to call Buena Vista home, nearly 200 microbreweries were started. The Heynekamps knew that to be successful in such a competitive arena they had to produce beers that were exceptional. In 2009, The Heynekamps moved to Buena Vista with their relatives Brian England and Ryan McFadden who were to manage Eddyline. Eddyline initially began as a brewpub featuring wood-fired pizzas and grilled items in a location on the banks of the Buena Vista river park brewing on a three barrel brewery.  Eddyline opened in May 2009 over the CKS Paddlefest weekend with the goal of serving exceptionally drinkable beers suited for any outdoor adventure whether just a quick lay session in the river, celebrating a tough 14’er, mountain biking any of the epic single track, or just kicking back on the deck and overlooking the beautiful Arkansas Valley.  Little did Eddyline know what was in store for them. 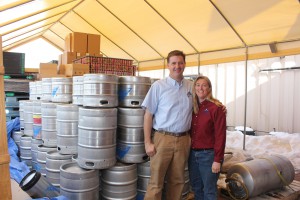 After hitting capacity in the summer 0f 2010, Eddyline looked for a second location to begin producing more beer and packaging its flagship Crank Yanker IPA.  In September 2011 the facility was completed and Eddyline Taproom and Brewery came into operation.  Eddyline was the first brewery in Colorado to produce 16 oz cans and still to this day one of the only breweries to package into 6 packs!  Over the next 3 years Eddyline saw a significant increase in production in sales going from 400 bbls in 2010 to over 3,000 bbls in 2013. 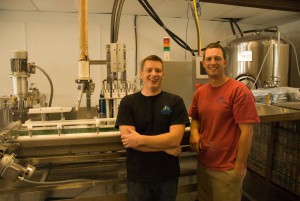 2104 brought substantial changes to Eddyline.  Brian England purchased the original restaurant location from Mic and Molley in July of 2014.  Ryan McFadden moved on from the Eddyline family and opened up Simple Eatery in Buena Vista.    The brewery set out on its largest expansion yet with a $3.5 million upgrade to its operation which included an 8,000 sqft edition, a state of the art 4 vessel 30bbl brewhouse, CFT Rotary Counter Pressure Canning Line, Centrifuge.

In 2015 Brian England was appointed as CEO of all US Eddyline operations, while Mic and Molley set off to their new adventure opening Eddyline Brewery and Pizzeria in Nelson, New Zealand.  Eddyline New Zealand opened in February of 2016 to great success.

In late 2018 Brian England along with CFO Melissa McFee purchased Eddyline Brewery from Mic and Molley.  Mic and Molley are currently working on the Eddyline New Zealand expansion where they will begin packaging their core beers into cans bringing Beers for Any Adventure to the entire island of New Zealand.  Brian and Melissa at the helm are continuing to grow Eddyline, in 2018 sales hit 15,000 bbls and 2019 projections are strong with 18,000 bbls being projected. 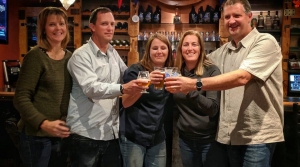 A pub, as a communal gathering place, is an important part to any community and we want to be able to continue to be there [...]

Eddyline Brewery founded by Mic and Molley Heynekamp in 2009 recently completed the sale of the company to long time employees Brian England and Melissa McFee [...]

Check out our 2019 Beer Calendar and New Trail Builder Series

We are excited to release our beer release calendar to outline all of our planned releases for 2019! “To keep up with our rapid growth and [...]

We are thrilled to unveil our new package redesign, the brewery’s first packaging update since launching its signature 16oz six packs in 2011. “We have been [...]

Summer in the Citra, Eddyline Brewery’s latest seasonal release is now available across Colorado. The beer was an original creation by Eddyline founder Mic Heynekamp and [...]

Eddyline Brewery is excited to release its Raspberry Wheat this week across Colorado. “Fruit beers are becoming more and more popular across the country and we [...]

BUENA VISTA, CO — Eddyline Brewery is excited to announce the release of its seasonal Grapefruit Yanker IPA, a grapefruit infused version of its best selling [...]

Buena Vista, CO- Eddyline Brewery is excited to release its 14'er Java Stout, the third year they have released their delicious Stout made with locally roasted [...]

Buena Vista, CO- Eddyline is excited to announce the release of its fall seasonal, Black Eddy. Black Eddy will be poured for the first time this [...]

Eddyline Brewery, is excited for its 5th year as the headline sponsor for Fibark, the nation’s longest running white water festival. “Fibark, or First in Boating [...]

Learn more about the history, production, packaging and adventures surrounding us at Eddyline Brewery! https://www.youtube.com/watch?v=8p1qeNxjGSY&feature=youtu.be

With the completion of $3 million expansion, variety is on the menu for this Chaffee County brewery. At Eddyline Brewing, growth has been consistent and constant [...]

Celebrate the transition of seasons at Eddyline Taproom & Brewery this weekend at HOPtoberfest from Noon-5:00pm in our Beer Garden! Featuring our new seasonal brews on [...]