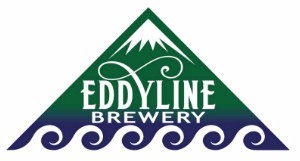 Raspberry Wheat is an American Wheat Beer made with heaps of Oregon raspberries, giving it a medium body a slightly tart, and completely refreshing fruit character.

“Raspberry Wheat is a huge seller for us, and is just the perfect beer to enjoy   throughout the spring and summer.  Nothing beats, a great beer shared with your friends after a day on the river or after a hard days work.”  Says Brian England, CEO of Eddyline Brewery.

Raspberry Wheat will be available across Colorado in its signature 16oz 6 packs, Eddyline was the first brewery in the region to use this unique  packaging. You can  get Raspberry Wheat, along with its award winning  River Runners, Jolly Roger  Black Lager, Epic Day Double IPA and delicious  Crank Yanker IPA at liquor stores and restaurants across Colorado.

Eddyline is also excited to announce its re-launch in New Mexico with Fiasco Distribution, making Eddyline’s signature beers available across Santa Fe, Taos, Albuquerque and the rest of the great state of New Mexico.

“Our roots go deep in New Mexico and we are excited to be back. We started our first brewpub, Socorro Springs Brewery, in Socorro, New Mexico in 1999 and are excited to have our refreshing beers available across the state once again.” Say’s England.

Eddyline Brewery is located in beautiful Buena Vista, Colorado, and is a winner of both a Great American Gold Medal and World Beer Cup Silver Medal for its River Runners Pale Ale.  The brewery has seen massive growth over the past few years, and has pubs in Colorado, New Mexico, and New Zealand.